Newick Folk are unfortunately no longer able to join us for the Festival this year as previously advertised.

Jon McDevitt will now be playing at The Stand Up instead, from 8pm. 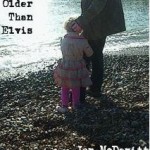 The popular Jon McDevitt will be playing everything from Frank Sinatra to The Pogues, Buddy Holly to John Grant,  George Gershwin to Bob Dylan, Tom Petty to The Stone Roses... not to mention The Stones, The Beatles, The Kinks and other usual suspects. It's a fairly wide range of material, speaking both geographically and historically! www.jonmcdevitt.com