This event has been kindly sponsored by Lindfield Chiropractic Centre 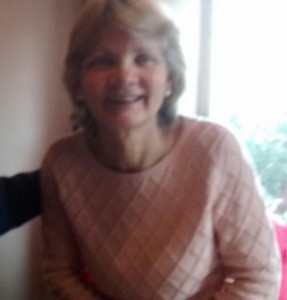 Karla Forbes first began writing books when she was twelve years old. Heavily influenced by Ian Fleming, she wrote about guns, fast cars and spies. Naturally, she knew nothing of her chosen subject and was forced to use her imagination to make it up as she went along. These books, half a dozen in total, ended up being thrown out with the rubbish. Several years later, she dabbled in a futuristic sitcom and a full length horror story. Although both of these efforts were also consigned to literary oblivion, at least no one could have accused her of being in a genre rut.

She began writing properly more than ten years ago and her first book, The Preacher was published on Amazon in July 2011. Twelve books in total are available to download from the Amazon kindle book store. Other books will follow at regular intervals. She writes about ordinary people who find themselves in extraordinary situations and she aims for unusual but scarily believable plots, often with a surprising twist.
She lives in Haywards Heath with her husband and bull mastiff and has discovered that the secret of keeping them both happy is regular meals, praise and affection. They split their time between the UK and Germany where their favourite haunts are the Harz mountains and Bavaria.