Get your Swoove© on as the next big craze in fitness is launched at this years Lindfield Arts Festival.

On 28th December last year Esther Featherstone aka the Pink Lady, was doing an especially cheesy Christmas track in her Zumba class, Ricky Martins "Ay, ay, ay it's Christmas"! After singing the whole number she realised how much more fun and harder the workout had been.  Fast forward 6 months and Swoove Fitness© has been born.

Esther created the word Swoove© which means to sing, whoop & move, which is the concept of the class. The warm up will concentrate on breathing exercises & warming up the voices.  The class will then consist of at least one 80's & 90's anthem, a Michael Jackson track, a jive, a charleston, a hand jive, a disco number & current chart hits.  The hook song will be "I like to move it“ by Reel 2 Real with the lyrics being changed to ”I like to sing it, sing it, I like to whoop it, whoop it, I like to move it, move it...we like to SWOOVE it!"

Esther says she has taken on 5 years of feedback about her classes and feel there is a real niche in the market for an easier to follow dance fitness class that burns more calories.  12 of her current regulars wore heart rate monitors to several classes and sung and whooped throughout one class and stayed quiet throughout the next, the results were between 60 – 240 more calories burnt.

"Now when I say sing...I don't expect everyone to be intune"  Esther says "My tag line is calories don't have ears & don't mind if you're out of tune, they just care that you're swooving!"

“I am so unbelievably passionate about Swoove©that I am making my first fitness DVD with profits going to the fantastic local charity Kangaroos.”

The launch class for Swoove Fitness© is on Sunday 20th September at 2pm at the Sports Hall at Lindfield Primary School as part of the wonderful Lindfield Arts Festival.

Don't miss out, be there at the start and go get your Swoove on! 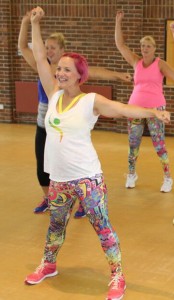 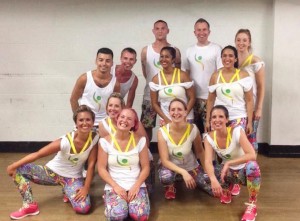